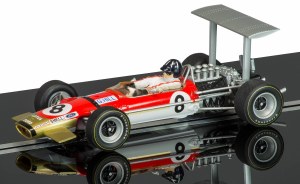 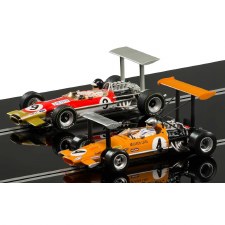 The 1968 British Grand Prix was held at the Brands Hatch Circuit on 20th July. Both Hill’s and Oliver’s Lotus cars claimed the front row of the grid in qualifying along with Siffert, 4th on the grid, and much was expected.